I know, I know … the customer is always right … or at least should be treated as if they’re always right. But, where and when do you draw the line? 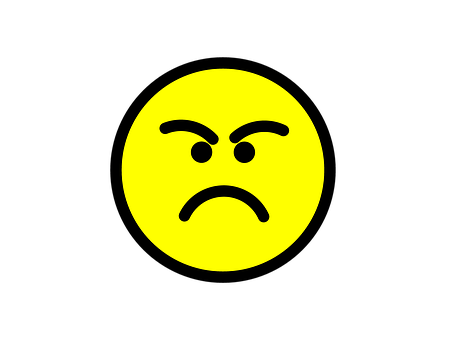 The question comes up after speaking to a frontline sales person, Ted. A few days before, he had difficulty with a client. The customer was being obscure and Ted simply asked for clarification. From then on the customer was rude and kept sniping at Ted. She even had a telephone call on her mobile phone and went to talk about Ted and how “rude” HE was to the caller. When he asked the customer to sign her credit card, a company requirement, he turned into a “jerk” and an “a_____e.” Ted says, “I don’t know what her problem was, but I surely did not enjoy being called names. I couldn’t consider anything I could do to make the situation better.

There are two elements of this scenario. First of all, What does Possum Poop Look Like cellular phones: what are sales and support personnel doing about cellular phone calls? I was purchasing stamps the other day in the post office and the individual directly in front of me was carrying on a conversation while the clerk behind the counter was trying to assist her with a purchase. He did not say anything to her, but he did apologize to me after she left because it required more time to assist her than it should have.

The Tacoma-Pierce County Health Department has signs posted at its information desk saying: “Please, turn off your cell phone so we may better serve you.” I asked a clerk about the need for the sign and she said, “People were just driving us crazy.” When people are on the phone they seem to be in their own little world. “It was not just people in the counter on the telephone that was the problem. The phones also cause a rise in general sound which makes it increasingly challenging to carry on meaningful conversations at the counter.”

Let us hang-up on cellular phones for awhile and go back to rude customers. Personally, I think once a client moves into violent behaviour, they no longer deserve service. I don’t like to be called names (even if it’s told to a third party and not directly done like with Ted) and I wouldn’t subject any employee to this therapy, either.

I do think Ted handled the situation well. He kept his cool and got through the trade. His next step should be to discuss the situation with his manager and allow the manager draw the line and supply alternatives in dealing with rude customers. That way Ted is protected.

For rude cell phone users, I actually enjoy the simple touch of the signal. It’s polite with a, “please.” It tells the customer that we do want to serve them. It is non-threatening … and it pulls the line … somebody has to.